The Dark Ages is several centuries across several nations, and trade was limited: choosing a persona from a particular place and time will guide your research better than this masterpost, as local details always differ. At the same time, evidence is slight from this time – no written records from the period, only those that survived to be written later; and very few fabric surviving in our soggy northern climate. The Vikings and Anglo Saxons did trade and explore, and invade each other; there is a level of overlap between their cultures and technology levels, which allows us to borrow details to fill in blanks elsewhere.
I’m researching garb for someone who wants to “look like a Viking”, so my masterpost is particularly targeted at getting an acceptable Viking-ish look which isn’t totally historically off base, rather than focusing in on a time or place. This isn’t my era, or even especially my era of interest.
There is a tonne of high quality research and posts about this on the internet, which is absolutely lovely. 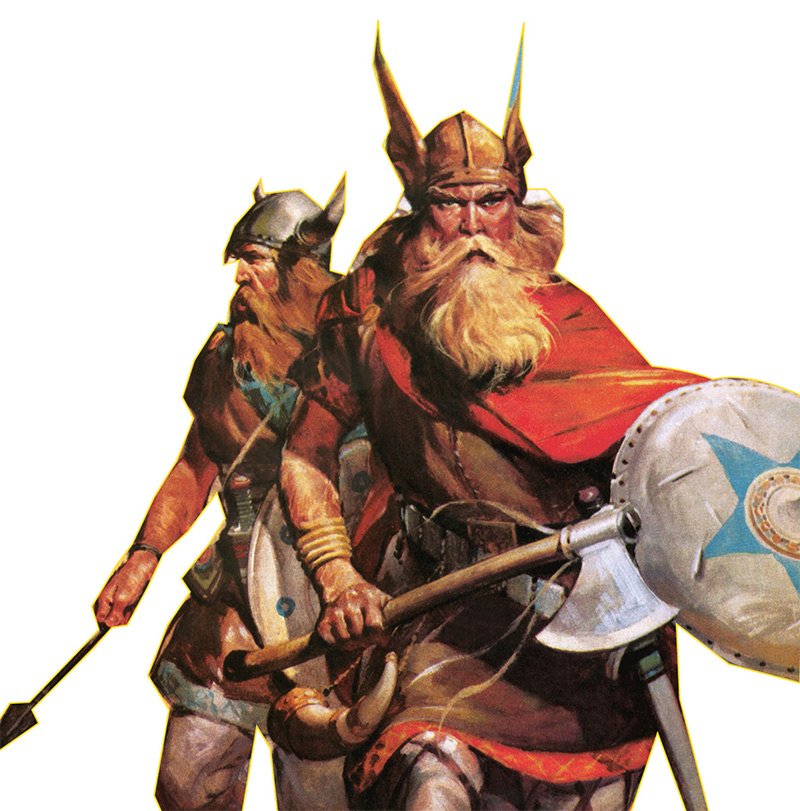 Level of accuracy has different importance to different people; but many of the re-enactment societies have very strict standards, and strive for a very authentic production. Accuracy guides are a great way to up the quality of a look.

The Vikings had access to wool and linen; linen would be used for underclothes and outerclothes, wool for outerclothes only. Despite having the technology to, they rarely/never used patterned cloth (such as tartans). Possibly fabrics made from hemp and nettles; the rich may have had silk.
A range of colours were available, and bright clothes denoted status as getting a vivid colour took several stages. Keen textile hobbyists can spin or weave their own wool, or attempt to dye it using natural dyes. The most common weaves were tabby, twill, and some broken diamond or herringbone.

A thick wool rectangle, worn offset on one shoulder – leaving your weapon arm free movement. Cloak could go to knee or ankle. In the winter, cloaks would be trimmed with furs.
(We are looking into getting ethically-hunted-for-food rabbit for this; unexpectedly, perhaps, a real skin is far better for the environment holistically than a non-biodegradable plastic made in questionable working environments)

Wool; cut with a snug-fitting torso, and loose arms free to move. There’s several standard designs, but all are simple shapes and construction. Length typically knees, or longer to show off wealth.
Sleeves always long – they could go well past the wrist if the owner was showing off. My partner suggests this was merely practical in the cold northern weather. The neckline was high, and the slit closed with a drawstring or similar: there’s some suggestion that a more revealed chest implied effeminacy (if you’re on my blog, this may be the look you’re going for.)
People of all ranks wore a kyrtill decorated with braid, often at the neckline, cuffs and lower hem. The braid was created using “tablet weaving”, a skill you can find described in many places online. Here is one very well referenced resource. Some late-anglo-saxon evidence of the decorations being embroidered. Here’s another. Here are some patterns for tablet weaving – explore the website, lots of examples of finished work with notes.

Like most historic folks, the Vikings wore an undershirt between their expensive garment and the body; one presumes these garments were more regularly washed and replaced, as in later eras.
Surviving undertunics seem to have no fixed design, except using fabric in the most economic way possible. Made from undyed linen – which would have been a greenish-greyish-offwhite.

Various historic designs: tight, baggy, simple or with crotch gores for more movement. No fly. Belt loops or a drawstring are both options. Belts would certainly have been worn by warriors. Drawstrings would have been made from “finger braiding” which again can be found in tutorials online. I feel like lucet weaving would also make a good drawstring.
Just as now, a tight pair of trousers would have implied a level of showiness and ostentatiousness. I can’t remember where these sources came from, but I am so here for your queer Viking look. Nevertheless, most trousers would have tapered towards the ankle, rather than being baggy – I guess to keep the heat in.

Cut on the same pattern as the trousers, but coming only as far as the knee. Undyed linen.

Essentially, legwarmers. Wool straps which would be wound around the leg from the knee down, to bind back excess trouser fabric and presumably help protect from snow. My notes say this was an “east Norse” custom, so you may wish to do more research and see if they match your persona.

Socks were made from a technique called nalbinding. Here’s one tutorial. The less fortunate would stuff their boots with hay or moss.
Belts were narrow leather, and the free end would be weighted. Most people would carry an everyday utility knife and pouch.
My notes here just read “hats, hoods”. We also know they wore gloves, though have no examples.

Armour – Has patterns and shapes for different armour, as well how to leather/metalwork – we could use the shapes to make copies

Patterns for old clothes – mostly Medieval to my eye, but very simple old-style designs based on triangles and squares, there’s nice options for hoods and cloaks, and trousers and tunics for people not strict about era accuracy.